PRESIDENT OBAMA:  Good afternoon, everybody.  Selamat siang. It is a great pleasure to welcome President Widodo to the Oval Office, along with his delegation.  And it is a useful occasion for us to emphasize the strength of the bilateral relationship between two of the world’s largest democracies.

Obviously I have a very personal interest in Indonesia given the fact that I spent time there as a child and have relatives who are Indonesian.  But what is also true is that our partnership is very much in the interests of the United States, given Indonesia’s large population, its leadership in the region, its democratic traditions, the fact that it is a large Muslim country with a tradition of tolerance and moderation, and its role in trade and commerce and economic development.  The United States has a great interest in being a partner with Indonesia, and I think our meeting today helped to emphasize the nature of what we believe is a key strategic partnership.

During the course of this meeting I complimented the President on a number of the reforms that he’s initiated, and we discussed how we could continue to strengthen the trade, investment, and commercial relationships between our two countries, including the President’s interest in expanding the digital economy in Indonesia in a way that would alleviate poverty and empower millions of people in that country.

We had an opportunity to discuss our security cooperation, including in the maritime area, helping Indonesia modernize its naval capabilities.  And we discussed the importance of working through channels like ASEAN and the East Asia Forum to encourage a continuing strengthening of rules and a international order governing the behavior of nations in the maritime area.

We talked about our cooperation in the counterterrorism area.  Indonesia has been a very important partner.  And we are continuing to work together not just on the security elements of counterterrorism, but also countering the message that comes from organizations like ISIL.  And Indonesia I think is uniquely position to be able to help spread a message of peace and cooperation and modernity within the Muslim world.

And we discussed a range of global issues, because Indonesia, as a member of the G20, is not only a regional leader but also a global leader.  So we discussed the joint work we're doing on issues like global health security and making sure that we have public health systems in place to prevent future pandemic.

Indonesia has been a leader on the Open Government Forum and transparency and rooting out corruption.  And one of the main topics we discussed was the issue of climate change and why it’s so important that large countries like ours work together to arrive at the strongest possible set of targets and international agreements when we arrive in Paris just a little over a month from now.

So whether it’s helping Indonesia deal with the current difficulties surrounding peat fires, or it is encouraging ongoing student exchanges between our two countries, this meeting I think signifies our taking this partnership to the next level.

I think that, Mr. President, you are moving Indonesia in the right direction.  We want to be a partner with you.  And please know that the friendship that the United States feels towards Indonesia is not just an issue of strategic interest but also represents the strong people-to-people ties between Americans and Indonesians.  And we want to welcome you and wish you well, and look forward to our continued partnership.

PRESIDENT WIDODO:  (As interpreted.)  First of all, I wish to thank President Obama for his warm welcome and the hospitality extended to myself and my delegation.  I wish to also welcome the strategic partnership as a symbol of the enhancement of the bilateral cooperation between Indonesia and the United States.

Indonesia is an open economy, and with the 250 million population we are the largest economy in Southeast Asia.  And Indonesia intends to join the TPP.

Indonesia is also a country with enormous digital economy potential in the world.  I have set a target to make digital economy as one of the top priorities in the future economic development of Indonesia.  And in our discussion just now, I’ve also invited the United States to work together in this field.

We’ve had a thorough discussion with President Obama on the issue of climate change.  We also agreed to work together in addressing this issue for the sake of our future generations.  Especially in Indonesia, we have a big challenge right now.  We have peat fires, and the efforts to extinguish it is quite challenging.
President Obama and I committed to strengthening and expanding the relationship between Indonesia and the United States.

Yusuf Islam (aka Cat Stevens) - The Long and Winding Road

Bon Jovi & Various - Let It Be

The Beatles - The Long And Winding Road [w/ lyrics] 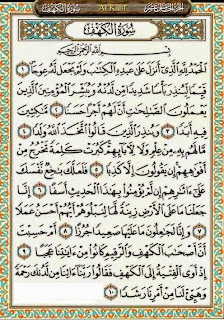